A first look to the Alexa XTplus 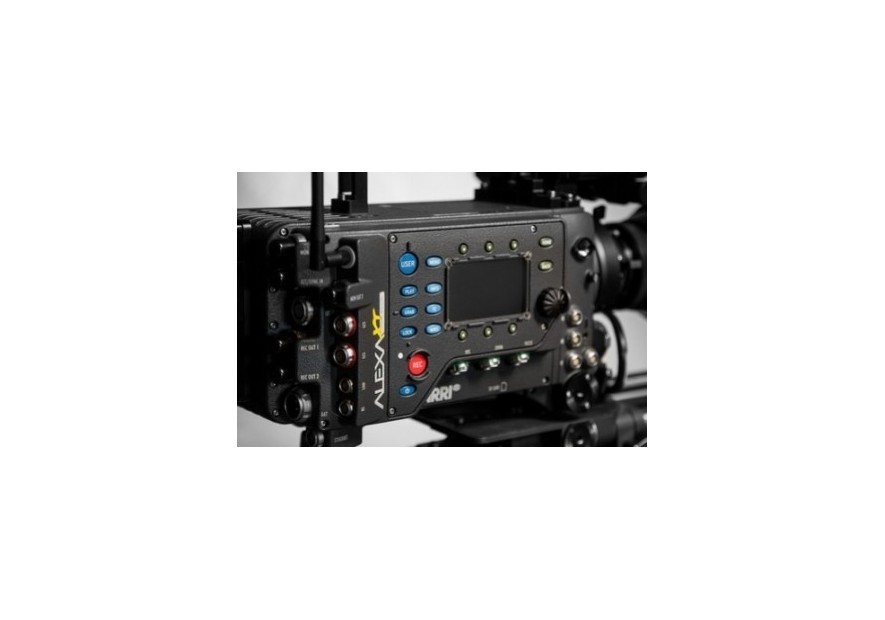 Once again I’m late and sorry for that, but you know spring is coming! Actually it already came, but I’ll try to give more consistency to this blog, as long as my job allows it. One other reason of the delay is that I was told I would had the possibility to test drive the Alexa XT plus and I thought that it would deserve the wait, since before I only worked with the standard version of the XT.

Actually, I would like to thank the guys at Chameleon Rental who gave me the chance to literally take the camera out of the box and be the first to push the REC button, which doesn’t happen everyday. But let’s get in the topic.

After a lot of shooting with Amira and alexa mini, this camera does look very big and heavy, but you have to keep in mind that, featuring the XR module for on board arriraw recording and the RCU for control of the Arri FIZ system, it weights just 1 kg more than the Alexa classic and it’s only 3 cm wider. If you are a number freak, weights is 8,7kg (top handle and EVF included, Alexa standard is 7,3) and width is 183mm (Alexa standard is 153). I’m not exactly saying that it should be considered a light camera but… can you remember the Arri 535?? Plus, with his features we are gonna save a lot of weight since we won’t have to add RCU and external recorder.

As Arri itself defines it, the camera is truly an Allrounder, meaning that has a extremely extended range of recording possibilities and configurations. First of all, and maybe one of the most important features, his ALEV III 4:3 sensor makes this camera the best option available these days if you want to shoot anamorphic. The thing is that the size of the sensor and his aspect ratio is incredibly similar to the 35mm format used in the 50s in the first Cinemascope production, so is perfect if you want to use both vintage and new anamorphics. Here you have an image that explains the whole thing better than I do.

Aside of this, truth is that the capabilities of this camera go way beyond the sensor. It is, as I said before, very versatile giving the possibility to use it in 3 different ways: 16:9, 4:3 and open gate. As Arri points out the 4:3 and open gate mode can be very useful also with spherical lenses in productions that will have a lot of VFX, giving a lot of extra room for reframing and others post production processes, comparing to other 16:9 sensors.

One of the other things that made this camera the most expected of the NAB was the ability to record Arriraw on board up to 120 fps in codex capture drives of 512 Gb. On capture drives of this size, the camera is capable of recording up to 47 minutes at 24 fps and up to 9 minutes at 120 fps. We can also use classic SxS card, but we will need an adaptor from XR module to SxS, which is available from Arri.

There is a very interesting detail, born from the cooperation between array and Codex, that I would like to point out. Do you know what a checksum is? A checksum or hash sum is a small-size datum from a block of digital data for the purpose of detecting errors which may have been introduced during its transmission or storage. It is usually applied to an installation file after it is received from the download server. By themselves checksums are often used to verify data integrity, but should not be relied upon to also verify data authenticity.

The actual procedure which yields the checksum, given a data input is called a checksum function or checksum algorithm. Depending on its design goals, a good checksum algorithm will usually output a significantly different value, even for small changes made to the input. This is especially true of cryptographic hash functions, which may be used to detect many data corruption errors and verify overall data integrity; if the computed checksum for the current data input matches the stored value of a previously computed checksum, there is a very high probability the data has not been accidentally altered or corrupted. This definition is taken from wikipedia, and with the links you can get more info on the different subjects. In a less technical way, the checksum is a process that is usually included in most of the data managing softwares that make sure that the data transfer and copy has been correct to the last bit. This is, by the way, one of the things that is mandatory for insurance companies in case there is some problem with the hard drives (or at list it is in Spain). The XR module of the camera does a checksum on every single frame recorded by the camera, which allows to detect immediately any problem, saving a lot of time and money.

The camera has all the features of an Alexa Plus (4 HD SDI output, integrated RCU for Arri WCU systems, lens data system for Arri and Alura lenses) to which adds the new viewfinder mounting bracket VMB-3 that allows more ways to configure the EVF and features 2 15mm rods where we can attach motors when we don’t want to use a bridge plate with 19mm rods.

The menu, as Arri had us get used to, is very simple and intuitive, so everybody that has used cameras of the Arri line will have no trouble in using it. It may be useful to know that the changes of fps (from regular to high speed) and sensor mode (from 16:9 to 4:3 and open gate) need up to 30 seconds to be performed. Also, once you make such changes (sensor), the camera will need a reboot which takes approximately 45 sec . I’m not saying that this times are long, but I think it is very important to keep them in mind, specially when you are going to shoot situations that happen fast such as sunset or sunrises or simply actions you can not fully control. It also may be helpful to know that overtime you change the sensor mode a full reset of the camera is made, so you will need to re set all the parameters.

I will shortly post the second part of this post, a more in depth analysis, but for now they have taken the camera from my hands, so a little wait will be necessary. Be patient and stay tuned!

Alexa Mini and Zeiss Ultra Primes T1.9 pack is a great bet for...