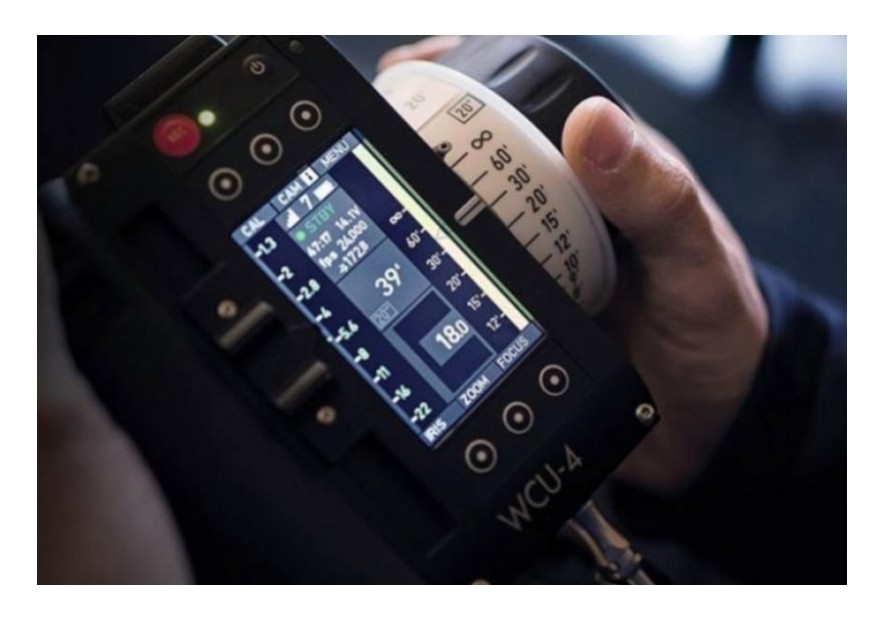 Lens Mapping with Arri WCU-4 & UMC-4. I don’t know what you guys think on this matter, but if you want my two cents it is crucial to be fast when you change the lens while using remote control systems, in situations such as steadicam, cranes or simply hand held when the cam operator wants to be more free than with a standard follow focus. Previously I used to prepare pre-marked rings during camera prep and switch them while the motor were calibrating, but I always dreamed about a more precise and reliable system. A couple of months ago, a local distributor of ARRI products hosted a workshop on how to map lenses on the new WCU4, but sadly I wasn’t in town so I couldn’t attend.

So I thought that I could try by myself with nobody explaining me how to do it. This way I could test how really easy and fast it is and if it is well designed enough to be “dumb proof”. As usual I need to thank guys at Camaleon Cine who offered me the possibility to have an Alexa XT Plus, an Amira, one set of Zeiss Standard Prime T2.1 and one of Cooke S4i T2, plus a Fujinon Cine Cabrio 19-90mm T2.9. Aside of that a WCU4 with CLM4 motors and a UMC4. The choice of the lenses and of the cameras was due to the fact that I wanted to test the method with and without lenses with LDS system and on cameras with and without the need of the UMC4. Last but not least, I wanted to try it with a variable focal distance lens with LDS system. So I jumped in to it, starting with the Zeiss Standard on the Alexa XT Plus, meaning that with this configuration I didn’t need the UMC4 since the camera has the receiver integrated. The mapping system is pretty easy, since the menu of the WCU4 exactly as the one of the camera is very good designed. We will select from the Menu>lens data>create lens file (if you already did a part of it you can also select the option “edit lens data file”). From then on we can select the lens brand, serie, the serial number and the focal length. You can be as specific as you need, if you have a lot of lenses to map, or several sets of the same serie my suggestion is to enter all the info you can to avoid confusion. Once we set the info, we are asked to go with the focus ring to infinity and mark it. Then we will go to the close focus distance and do the same with all the other marks. Don’t forget that to modify the marks you can also use the zoom control and the red user button behind it to confirm. Be CAREFULL: if you enter a mark wrongly, DO NOT push the BACK button, otherwise you will loose all the marks because they are not saved yet. In the case you want to modify a mark you need to push the DOWN button, so you can go to the last mark and rename it. Once we are done entering the marks we can push the FINISH button and start to map with another motor the iris or simply save the file with the button saying so. By doing this we will save the LDA file on the SD card which is in the SD slot of the WCU (make sure you have one in it before to start the mapping). To tell you the truth I thought that the lens file remained in the handset and you could load them directly from it, but for some reason it is not THAT easy. If we are using an Alexa Mini or Alexa XT Plus, we will need to load the LDA files created on the camera. This operation is much easier on the Alexa TX Plus, since the camera does have an SD slot, so you can put directly in the camera de SD card of the WCU. With the Alexa Mini we need ti pass the LDA files from the SD card to the USB drive of the camera (so remember, you may need a laptop with SD card reader). Once in the camera, we will go to the lens data menu and we will save the files from the WCU. From then on, every time we well mount a lens we will need to select it on camera, so the camera can send the info to the handset. When you are in a hurry this can sound as a little waste of time, but seeing the benefits of having all the marks on the handset in seconds, I think the wait is worthy. This will works on cameras that give us the possibility to load LDA files, but sadly it won’t be always like that (even though we all would love to shoot always on Alexa XT). With other cameras, such as the Arri Amira, we will also need something to power and connect the motors and receive the signal of the hand unit. With the UMC4 we will do that, but we will also able to load LDA file in the storage memory and send them to the handset from there. In the main menu of the interface we will find an option called Lens Data where we will be able to save the LDA files from the SD card in the slot. Once we have saved them we can start shooting, always remembering to select on the UMC4 the lens we are using from the favorites list. If you want my two cents, it is better to put the UMC4 on the camera body in a position where you can easily access to the display. The most important distance I have noticed between glasses with and without LDS is that if you have it you can do the mapping even if you are not close to the camera, since you can see the focus mark displayed by the HD SDI output.

Finally, with the Fujinon Cine Cabrio I had a nice surprise, since the camera automatically recognize it and there’s no need of marking any of the 3 rings. Plus, if your camera has an active mount (as is the case of Arri Alexa XT, Plus, Mini, Amira or Sony F55) the servo of the zoom will be powered by it so you will only need to use two CLM4 to control the 3 axis. So, concluding, once again Arri is giving us a top notch product, very reliable, resistant and with a “dumb proof menu”