Fujinon Cine Cabrio Zooms: More than a Convertible, an Off-Road. 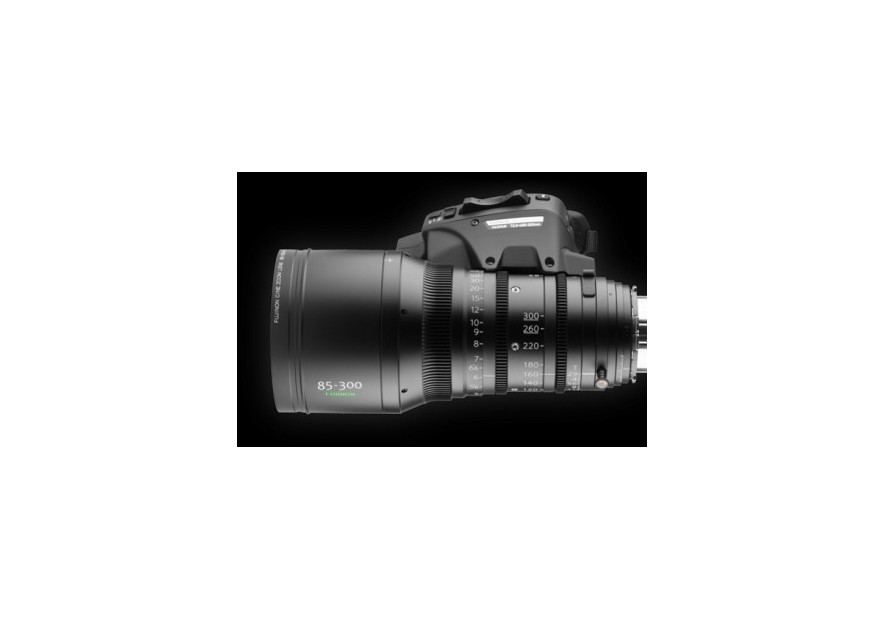 More than a Convertible, an Off-Road.

Hi there, I hope you'll forgive the delay in issuing this post, but I've been shooting a documentary feature about the Eastern celebrations of southern Spain and I've been busy until tuesday. Nevertheless this shooting has given me an interesting angle for this post: the producer were 100% positive about the resolution they want to shoot (UHD) so they went for two Sony FS7. About the glass, they wanted a cinematic look (since the feature will be screened in theaters) but they didn't want to give up the ENG run-and-gun style their operators were used to. Plus, since we were a small crew, to have the lightest equipment possible was a key point. So they chose the Fujinon Cine Zoom Cabrio 19-90mm and fujinon 85-300mm, which I had never used before. I did have used the "bigger brothers" of the Alura series, usually in features films along with Master prime lenses.

Everytime I shoot with zooms I recall a little story a very experienced dop told me. The guy worked in France from the 60s until now, and was the dop of almost every director of the Nouvelle Vague. He personally knew mr. Angenieux who used to invite him to test every new zoom he produced. According to the dop, mr. Angenieux was always saying :"I can't understand why people keep on shooting with prime lenses, now that zooms have achieved such a great optical quality... You'll see that in one year or two everybody will shoot just with zoom lenses, there's only one crazy guy in Germany who keeps producing prime lenses, but I'm sure he will soon be bankrupt" That guy was Carl Zeiss.

Back to the topic, this fujinon zooms has some undeniable pros, which I'm going to resume here. Since I'm not a dop, my evaluation will be only from an AC's point of view, even though I'm trying to arrange a comparation between prime lenses and zooms, which I hope will be the subject of one of my next posts.

The first big pro is the weight and the size: ENG style operators will still probably find them a little heavy,but we have to keep in mind that there is no other cine-style zoom lighter than 3 kg with such a focal range. In fact, they are a little heavier than the Angenieux DP style, but the focal range is much wider, while the Angenieux that has the closest one (19.5-94mm) weights about 6 kg and has a front diameter of 136mm, wich requieres a 6x6 mattebox This takes us into the second big pro of these glasses: focal range. Even though I prefer prime lenses, I can think about quite a few number of situation where this zoom would be the best choice. For instance, being that light can be mounted on a steadicam and the operator would need to balance the camera just once for the whole day, but having at his disposal a full set of focal distances. Speaking of wich, another very interesting thing about this zooms for steadicam operators is that the servo can control the tree rings, so with the help of a dedicated cable it is possible to connect it with the brain of a FIZ system and control the 3 axis wirelessly without the need to attach any motors, which is much better for weight and balance. From the focus puller point of view, another thing that I like a lot is the focus ring, which is designed to be very confortable to use both by hand or with a follow focus (manual or wireless), since is equipped with standard 0.8 gear. Another interesting thing for extra light configuration is that, according to Fujinon, this lightweight zooms are built to be mounted without the need of a supporting bridge (so no bars system neither). Anyway when using mount adaptors (such was my case with the FS7) I would reccomend a 15mm rods rig and a supporting bridge, just in case. As everything, these lenses also have, if you want my two cents, some cons but it's nothing you can't live with First of all, if the camera doesn't have an "active mount" who can power the servo (as far as I know as of now only Alexa, Amira and Sony F55 do) you will need a d-tap cable. And this cable will provide just power without communication with the camera, so we'll be only able to control the zoom motor. Another small drawback of the 85-300mm is that, unlike the 19-90mm wich is an f/2.9 flat, in the last section of the focal range has a pretty notable loss of light that makes that between 260 and 300mm the widest aperture is 4. It is true that is not usual anymore to move the focal distance during the take, but is also true that in a documentary shooting with available light those 9 tenth can become pretty annoing- Last but not least, even if the front diameter of the lenses is a standard 114mm, the size of the circular filters you can screw in is a weird 112,5mm which could be difficult to get in standard rental houses.

Has a conclusion, I liked the look they give (even though maybe they are a little too sharp), and coupled with cameras with high native sensitivity can give very attractive images, even in extreme low light situation such as scenes only lighted by candles. As you probably will know from my previous posts, one thing I give an extreme value to is versatility and in my opinion those glasses offer a lot, making possible ENG run and gun style shooting without giving up the cinematic look.