RED WEAPON WITH HAWK C-SERIES: THE NEW MEETS THE VINTAGE 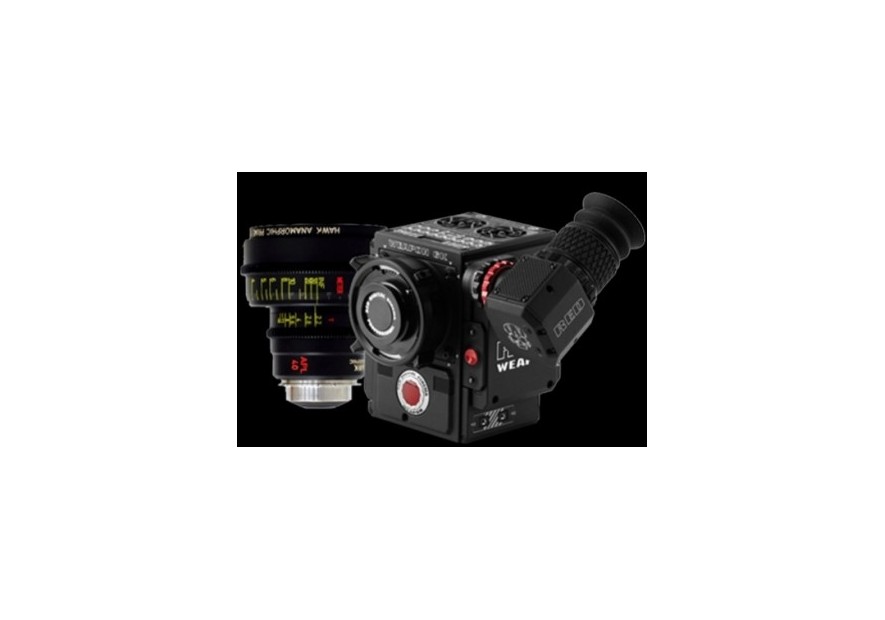 This week I would like to share one of my last experiences on set where I got the chance to use a cinema camera and a set of lenses for the first time. On one side, and I don’t exactly know why, it was an incredible long time since I used for the last time a RED camera and I didn’t had tried yet the “new” (even though there is already a newer model out there called Raven) 6K Weapon; plus, I did had seen the Hawk C-Series, but just in rental houses promotional meetings, and we all know that an actual set is a totally different environment.

Truth is that from quiet a few points of view I was gratefully surprised by the camera, since comparing to the RED Dragon it features severals tools that, if you want my two cents, are a consistent improvement, both in the operation of the camera as a 1AC and the performance of the camera itself. First of all, from a strictly technical angle, the camera can record on board and simultaneously (without the need of adding any external module nor recorder) r3d RAW with a 2:1 ratio AND ProRes4444 on the same SSD drive and without showing any slow functioning or giving problems, even though sometime the playback isn’t totally fluid.

But considering that both formats are the top of the capabilities of the camera, it is worth noticing that it can record them at the same time being reliable and without major issues or excessive battery waste.

Another thing that I really enjoyed about the camera is that finally, aside of the touch screen (which by the way I never liked) it features a panel on the right side of the body with which you can control all the settings without bothering the camera operator using the LCD, which is also very useful for extremely light configuration (drones, steadicam, gimbals) where mounting the touch screen is not possible nor suitable.

We also didn’t had any issue jamming the time code from an external device by just plugging in the TC cable in to the camera. I know that this feature was already available in the previous models but in my experience it never worked as smoothly as this time. Last but not least, new mini-SSD of 512 Gb and 1Tb are very reliable (unlike the previous regular 256 Gb SSD) and they can record simultaneously r3d and ProRes4444 respectively 27 and 54 minutes @ 24fps.

Obviously there are also things that seem to me at least improvable, I think they come from the dragon and I’m not sure whether they are mistakes or marketing strategy. First, the fact that a camera who aims to top notch productions has only a single HD SDI output seems to me an important flaw, specially because the resolution of the touch screen isn’t that good for focus purposes. To be absolutely fair, I have to admit that the camera focus assist did improved a lot.

Another thing that I frankly don’t understand is why the magnifying tools keeps magnifying the SD output too, creating awkward situations such as the director looking at the digitally magnified image and screaming “This is the shot I want” without knowing that he would need a macro for that.

And finally the same old problem of RED cameras: every once in a while the camera simply turns crazy and does strange things which have no explanations at all. Good thing is that 80% of them can be solved just by rebooting the camera and another additional 10% with a factory reset.

Hawk C-Series are a relatively fast and light set of lenses, with a 2x anamorphic factor and a really remarkable resolution, at least in the center part of the frame, aside of a very nice bokeh and not too much breathing when racking focus.

Plus, they have a good enough flare, even though not as special as the one of Panavision anamorphic lenses.

And if it is true that aesthetically these lenses are very attractive, from the point of view of a camera assistant they do have some quirks. Here I have to say that the set I’ve used was rehoused, so I’m just speaking about this particular set, but I can figure that there are several around so this can still be useful.

First: they breath a lot, but not in the meaning that when you do a focus rack the field of view changes, but the lens literally changes his length during the focus rack, and from the close focus position to the infinite there is like a 3 or 4cm difference (I have to be fair and tell I didn’t had the time to measure it, but I think I’m being pretty exact here). This makes that in long rack focuses the front part of the lens sometimes literally pops out of the donut of the matte box, creating the danger of lights entering from the sides. This can be a little uncomfortable also in situations of steady cam, gimbals etc, since I assume that along with the length, the distribution of the weight also changes. Speaking of weight, I would like to point out that even if I said that they are RELATIVELY light, these bad boys are heavy enough, specially the lens from 75mm up, for which you will need a supporting bridge.

Aside of that, from a strictly pulling-focus angle, the loss of definition in the peripheral area of the lens is really noticeable, so if the character is not in the center of the frame will be practically impossible to have him as sharp as every focus puller would like.

What I have to give to these lens is that they are aesthetically stunning, and being that fast (2.2 till the 75mm, the 100mm is T 3) they can delivery really cinematic images.