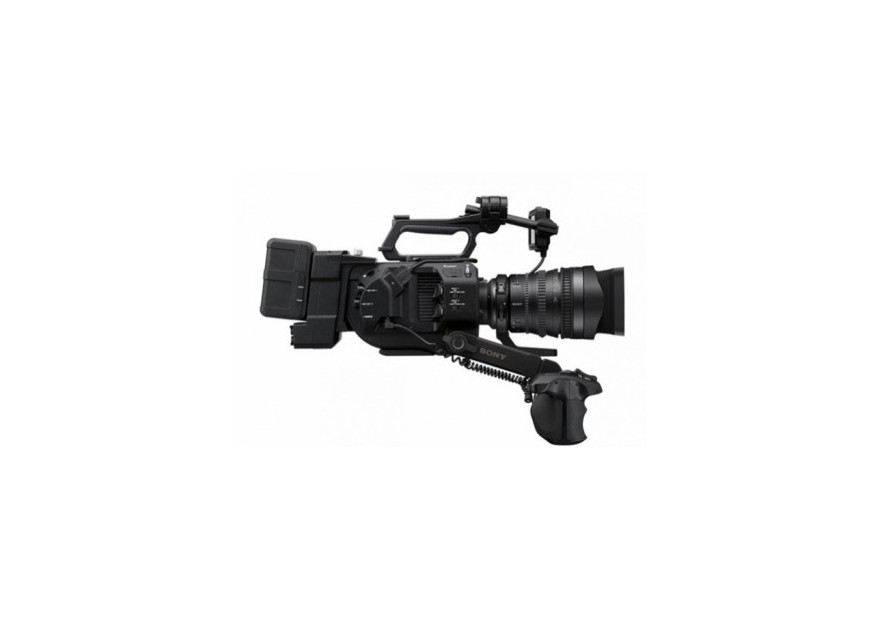 Lately, I had the chance to work with the new Sony FS7 often enough, so I wanted to share my first impressions on this camera

What I like the most about this camcorder, aside for his compact design and small size, is the versatility that it offers. Because despite his price point (very far from the sony high end cameras such as F5 and F55, not to speak about other digital cinema cameras), seems to me that it can respond to a great deal of production situations.

Being designed for run-and-gun style shootings, with a single operator, is  much more comfortable even than her bigger and more expensive sisters, if we are speaking of an handheld situation. In fact, coming with the EVF and multi control handgrip included, is actually ready to shoot out-of-the-box. Plus, since his left side is inspired by the ENG style cameras, it can be easily operated by cameramen used to such cameras, being (let's not forget it) incomparably lighter.

Speaking about codecs, his good compression and his double slot for memory cards (with the possibility of hot swapping between cards) make it an interesting option both for documentary features and tv shows (live or recorded).

That said, there is a side of the camera that is absolutely digital-cinema oriented: the big super35 size sensor which gives a stunning cinematic look with shallow depth of field, the 4K internal recording, the E-mount (with the possibility to use EF and PL lenses with adaptors), the possibility to record on specially designed logarithmic gammas (or even RAW adding the dedicated module), in-camera ND filters that make possible to shoot with open iris even in exteriors and despite the native sensitivity of 2000 ISO.

Unfortunately, not everything is good news: as often happen with others SOny camcorders, the menu is huge and is going to be complicated to master it completely during the first shootings. And there are quite a few quirks, for example the fact that if you don't set the lens aberration correction on "AUTO", you won't be able to display the waveform/vectorscope/histogram on the EVF.

Another quirk is that the HD SDI output number 1 is JUST for off camera recording, meaning that is not possible to see the overlays, the menu or the LUT applied on this output (unless you are recording on custom mode), since it is always just a clean signal. Ok, they don't seem to be a big deal, but I have the feeling that in the frantic environment of a production set, they may give us some trouble.

This isn't anyway nothing that you can't avoid with a consistent study of the user manual, which is of course highly recommended before any shooting with any camera you're not familiar with. And this aside, if you want my opinion, for low or normal budget productions, the FS7 can be your best choice, specially for situations where you're not exactly sure about the needs of the shooting and versatility is a must, without giving up the creative possibilities that the digital cinema gives us. So, if I had to go to a shooting without knowing anything… the FS7 would definitely be my best choice.