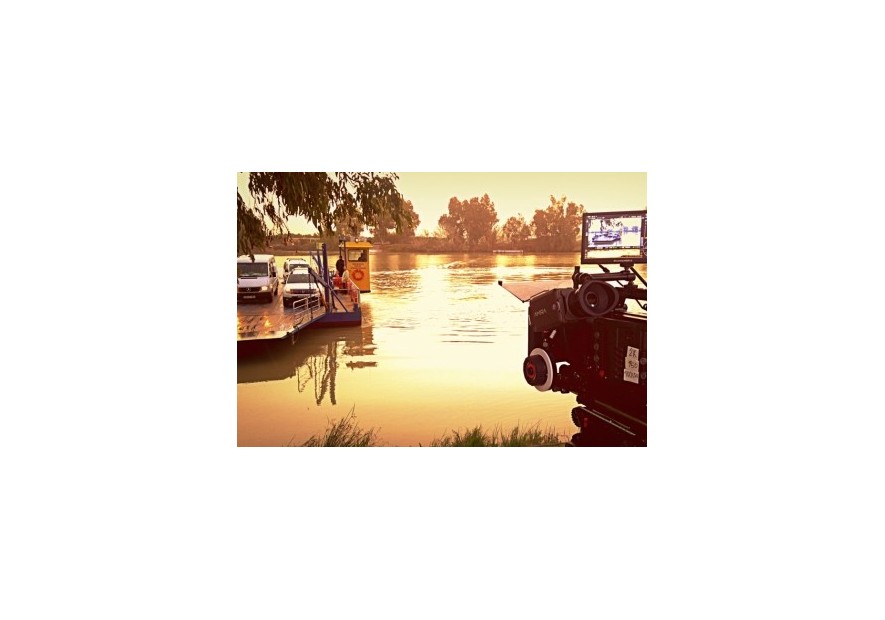 First of all, I would like to say that is a camera system, like all the Arri models both digital and 35mm, with which the assistant cameraman feels very comfortable, since is easy to use, solid and reliable even in the most extreme shooting situation (here I have to be honest and tell that I din't work with it in very extreme conditions, but I know people that did and they got no trouble at all)

As I was saying, it is often considered the "Scarlet" of Arri, or his solution for low budget productions. And even if I'm not going to say that the Amira is as good as the Alexa (and their price point is a clear proof of that), I do believe that in many aspects the Amira is very close and at some point even better. I'll start by pointing out that this camera is equipped with, literally, the same sensor as the Alexa's line, the CMOS ALEV III of 3.5k. Speaking of which may be helpful (it surely was for me) to recall the difference between CCD and CMOS sensors, since the ALEV is kind of an hybrid between both technologies that takes the best of each one, achieving this "film-like look" that made the Alexa cinematographers's favorite.

Before I continue, I would like to apologize if there's some engineer reading, since I'm not one in my explanation there may be some statement not 100% technically correct (and if you wanna help me here you are more than welcome)

In the CCD sensors, the light is detected by the pixels that transmit it to a signal amp, who after the amplification sends the signal to a analog-digital converter who transform it in a digital signal for processing. So the path of the light is "analog" for a bigger time, we could say. That's way the CCD sensors needs less energy, which makes that they need less battery power and they don't heat up too much, but they are more expensive to produce.

In a different way the CMOS sensor the amplifying of the signal happens in every single pixel and the signal already amplified is sent to the converter and that's way the CMOS need more battery power and heat up much more.

But the ALEV, even if has the basic architecture of a CMOS, keeps the "analog path" of the CCDs amplifying the signal afterwards. It is more expensive to produce than standard CMOS, but we all know that for people at Arri the high price point of their components has never been a problem.

And in addiction to this peculiar structure, the sensor has an extraordinary actual dynamic range (that is amazingly near to what Arri says in the technical specs) of round 14 stops. Plus, it gives maybe the best high-light handling that I know of.

So, is THAT sensor we have on our Arri Amira, which is (if we are not shooting on the XT,XR and SXT models) at the same level of performance than the Alexa, being capable of recording on board Apple ProRes4444 up to 200 fps at a 2K resolution. And if we don't need more than 60 fps we can also shoot ProRes4444 at 3,2K and UHD. And we all know that with the Alexa line (excluding the Mini) we can't go beyond 120 fps and we need the high speed license. Being clearly built for one-operator tv or documentaries shooting, often with climatic unfavorable conditions, is remarkably lighter than the classic Alexa (4.2 kg vs 7 Kg) and is equipped with internal ND filters. On the top of that the inside is sealed against dust, sand and light liquid splash. And it has also (to me a big pros comparing with the Alexa) preset and customizable in-camera LUT.

Another strong point is the EVF, with the adjustable mini monitor, where we can manage quite a few features separately from the EVF (such as the possibility of displaying the wave form monitor), which makes it usable as another on-set monitor.

Speaking of on-set operations, another feature that seems to me very clever ase the assignables dials for FPS, WB and EI, which make (if properly preset during the camera test) changing the parameters on-the-fly much easier and faster.

Maybe the 4 XLR audio inputs are not always 100% necessary, but in some on-field situations they can surely become handy

I won't say much on the menu, cause it is almost the same of the Alexa, which by the way is in my opinion by far the better designed of the market.

That said, personally i don't think it is a camera you can only use for low budget productions, documentaries and sport events. Correctly equipped I think it can easily face even more important productions, if there is no need to shoot RAW (since this format is not available as of now, nor expected neither) or to use anamorphic lenses, since at list in the firmware built I've worked with the desqueeze function is not available (it is true that there are on-board monitor with this function, but we would loose the possibility to use the EVF comfortably)

Finally I would like to point out some aspect which, strictly "ACwise" I don't like, but at the end of the day is nothing that makes me really hate the camera. First, since is built for run-and-gun single operator shootings, the "dumb side" on the right part of the body is actually dumb (camera wise) and doesn't have any control on it since everything is on the left side or in the EVF.. And i definitely miss at least a record button on the right side.

Second, even though is a camera thought for extreme conditions shootings, the EVF cable seems to me a little fragile (specially the connector) much more than the Alexa's and you cannot take it away completely from the camera body, so if your coffin is not built to put the camera in with the EVF on you will have to be very careful to not smash the connector, when wrapping. Seems to me this can be a trouble maker when you are away from the rental house or big cities, even more if you think that is precisely in the viewfinder where you have access to the main settings and to the menu.

And last but not least, to make the eyepiece as "adjustable" as possible, they made the handle with a sliding plate which is very important to keep thigh at anytime, if you're not used to it, it can give you some fright in frantic shooting environments.

In a nutshell, what i like the most about this camera is her versatility, since despite being quite a lot less expensive than the Alexa, it has a lot of her most interesting features that make the Alexa operators's favorite.

What i do not like is that it doesn't seem built for classic multi-crew shooting, but it's nothing you can't live with or resolve with some practice.