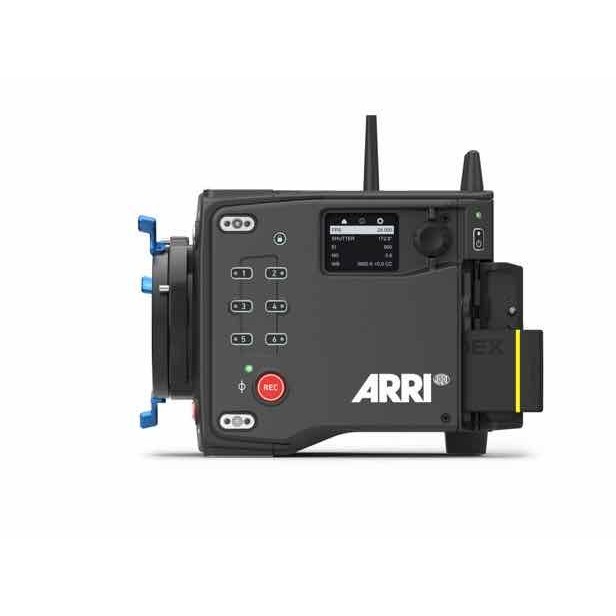 What cameras do we have in stock in Madrid, Barcelona, Lisbon, Seville, Malaga, Casablanca or Bilbao?

Arri Rental/hire Cameras: We set our Arri cameras with the best peripheral accessories. All licenses are available: anamorphic recording and Alexa SXT/Alexa Mini Arri Raw. We also have the Arri Amira Premium with the Alexa family quality and color. It has an up to 200FPS frame rate in Apple Prores 444. As in Alexa Mini cameras, the Amira could go with S16 lenses after its last RAW upgrade: a perfect choice for TV shows, documentaries, etc...

Arri Alexa Mini LF rental/hire cameras: Arri Alexa Mini LF cameras offer a step ahead quality compared to Arri Alexa Mini; they offer better image quality, lower noise in situations of high sensitivity and a greater dynamic range thanks to its new sensor. These cameras have a 35mm ALEV III CMOS LF sensor (4448 x 3096) with a resolution that goes up to Cinema 4.5K and speeds up to 90 fps. The Mini LF has a native EI800 sensitivity, 14 latitude stops and, like other Arri Alexa cameras, it also uses a LPL mount with the possibility of using PL mount lenses with an adapter. These film cameras that record in ARRIRAW and in a ProRes format. Arri Alexa Mini LF film cameras weigh 2.6kg without a viewfinder.

Phantom Veo 640s High Speed Film and TV ​​Cameras-Rental/hire. Phantom Veo 640S film and TV cameras have a 2.5k sensor and are more versatile than their predecessor, being lighter and offering a faster workflow than the "Cinemag" card system. The phantom Veo 640s high speed film and TV camera is designed for advertising and cinema. The camera is equipped with a 35mm CMOS 25.6 mm x 16.0 sensor with a recording resolution of 2560 x 1600 pixels. It has two sensitivities: 6,400 D in monochrome and 1250 D in color. The camera latitude is 10 stops.

Sony film camera rental/hire. The F55 widely used in TV and films, can record up to a 4K RAW resolution and 240 FPS in 2K. The Sony Fs7 has the same characteristics, accessories and menu than the F55; with a 14 step dynamic range, 2000 ISO sensitivity and a 180 FPS recording in HD resolution. Its XDCA module allows Apple Prores HD 422 recording improving its efficiency on low light conditions.

Now available in our Sony cameras catalogue, are the new Sony CineAlta Venice and the Sony PXW-FX9 film and TV cameras; both with a Full Frame sensor! New launching offers! Ask us for a quote and availability.

Sony Venice film cameras-rental/hire. The latest Sony Alta film camera launch, with a 6K full frame 36 x 24mm sensor and a 15 stop latitude. Film camera that records in up to 6K resolutions, with improved color processing and capable of shooting in any ratio. Camera for anamorphic and spherical lenses in Super 35 mode with 3 or 4 perforations. The Sony Venice film camera allows recording in ProRes, XAVC, and RAW X-OCN recording formats.

Sony FS7 TV cameras-rental/hire. These are the perfect TV cameras for documentaries; and the ideal tool for variety shows, TV realities, script-free productions and much more. This camera has 14 latitude stops and an ISO2000 base in gamma S-log3.

Sony FS5 TV cameras-rental/hire. Ideal TV camera for live or pre-recorded events and broadcast retransmissions. It's such a light TV camera, that you can film spectacular shots on stabilizers (such as cranes or gimbals) at an affordable price. TV camera with a latitude of 14 stops and a ISO2000 base in gamma S-Log2 / S-log3.

Sony A7sII TV cameras-rental/hire. The best known domestic TV camera, with great features at a low price. It is common to use this camera in TV productions, as it is useful for hidden camera situations thanks its compact built. It's a TV camera with high sensitivity and low noise levels.

These film cameras have the highest resolution in the market: up to 8K in the "Red Weapon Monstro Vista Vision" and the "Helium s35 8K". These versions improve efficiency (in low light conditions) and workflow. With simultaneous RAW and Apple ProRes recording, you'll get up to 60fps in a full 8K resolution. We also have Red "documentary type" cameras with EF mounts and resolutions that go up to 5K, like "Scarlet W" or "Red Gemini".

The C300 Mark II allows simultaneous internal recording in 4K and RAW 4K. The Canon C500 can also record 4K and RAW on external mode, and it's available for rent in Camaleon. 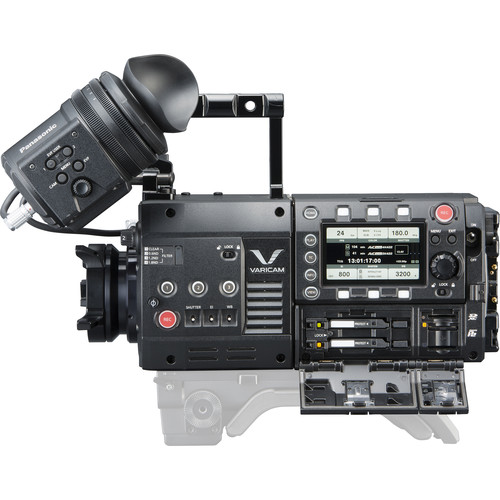 We only offer top range Panasonic cameras. The Panasonic Varicam 35 has two native sensitivities and it is designed for low light shootings. It is a cheap and reliable solution for any kind of project.

Panasonic AK-UC3000GSJ TV camera-rental/hire. A TV camera that is manufactured with a B4 mount to use with any 2/3 lens thanks to its camera built-in lens converter, located in front of the sensor. 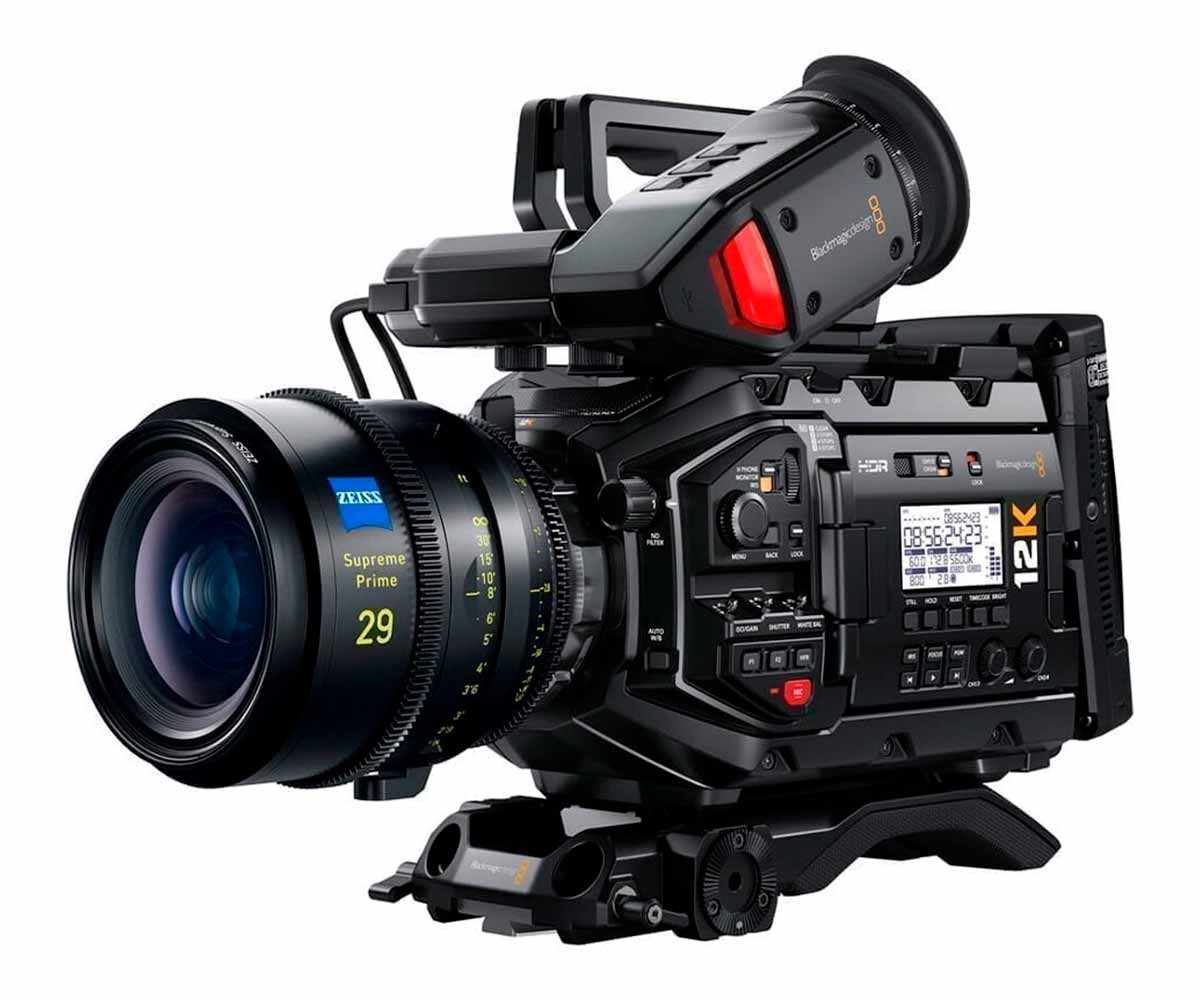 The Blackmagic cameras have stood out for several years due to their low price and efficient features. In Camaleon, we also count on Blackmagic to make documentaries, short films and other low budget film productions. Check our special offers out!

Ursa Mini film and TV cameras-rental/hire. Camera with Super 35 CMOS Sensor with global shutter that allows a resolution of 4.6K and an image frequency of 60 fps. Film camera with RAW or Apple ProRes 444 (HQ) ™ recording formats. Ideal film and TV camera for handheld camera projects thanks to its lightweight design.

Blackmagic Ursa Mini Pro film and TV cameras-rental/hire. Camera with Super 35 HDR sensor at 4.6K, with a dynamic range of 15 stops and a maximum frequency of 300 fps in HD resolution.

Nokia OZO cameras for 360º VR productions. The Nokia Ozo has 8 integrated cameras and a 195º view-field. It also captures audio with its 8 special microphones. This is the best film system that offers safety and professional results.

We have Camera configurations for all kind of productions: publicity, films, documentaries and TV shows. We can help you choose between the best cameras and accessories for your project.