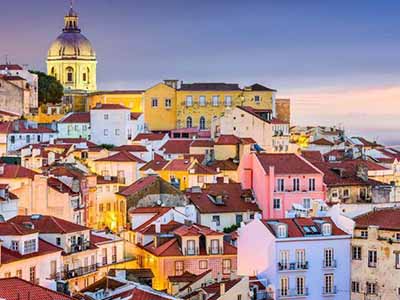 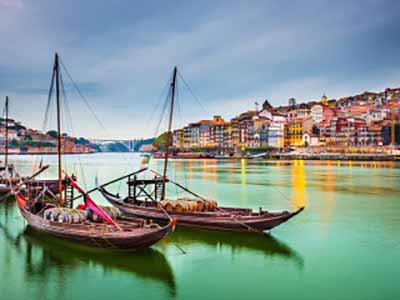 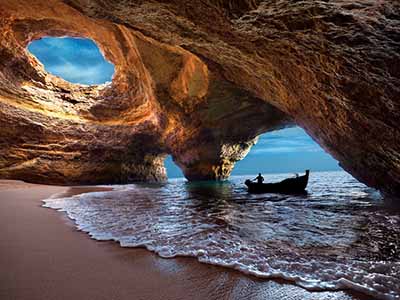 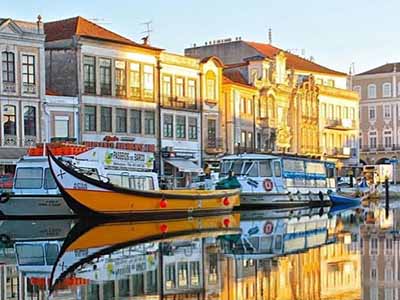 Portugal offers many film shooting possibilities for feature films and commercials. With a mild climate and a privileged position in recent history, it's easy to find impressive film shooting locations across the Country. Jews, Muslims, Greeks, Romans, Celts and other cultures have left their mark in Portugal over the centuries. Latin, Caribbean and African influences make Portugal one of the richest cultural Countries in the world. Furthermore, it has a lot of beaches, mountains, islands and other natural areas; a soft climate, where summers are hot and long, and winters are mild. Portugal has a pleasant climate, specially during spring and autumn. The main destinations with fantastic locations are: Lisbon, Porto and the famous Algarve.

Situated at the source of River Tagus, Lisbon is the capital of Portugal and the centre of the film shooting activity. Considered by many as one of the most beautiful cities in the world, it is full of incredible film shooting sites. Saint George's Castle, located on the highest hill of the city, offers an impressive view of the city. "Alfama" is Lisbon's oldest quarter, it is full of narrow streets with a special charm. In this neighborhood, the head of location crew will find some of the main monuments of the city. The "Jerònimos" Monastery and the Belem Tower are on the eastern side of the city, next to Tagus riverbank.

"Port" is Portugal's second biggest city. Located at the source of "Douro" river, it is a city full of contrasts. You can find magnificent neighborhoods and houses with old alleyways declared world heritage sites by the  It's any head of production's filming/shooting dream. There are many monuments from different periods, like "Sé" Cathedral, the "Clerigos" tower or the Chamber of Commerce. In the city center, the "Lello and Irmao" bookstore is located, very popular since its appearance on  the Harry Potter film. In the city's front, if you head to the other side of Douro river, there are many wineries where the popular "Port" wine is made.

The "Algarve" is paradise on Earth for your film shooting project. Here, you and your crew will find the best beaches in Portugal, with long stretches of sand, rock formations and cliffs. It is an area with a good hotel and gastronomic infrastructure combined with nature reserves and small cities, that maintain a special charm and a traditional character. If you head south, you'll see "Faro", "Algarve´s" main city; its historic quarter is surrounded by a roman age wall.

Near "Faro", you and your crew have the "Ria Formosa Natural Park", where many bird species live, including flamingos. Apart from these main enclaves, it is important to mention the "Azores" and "Madeira" islands. They have a volcanic origin. Craters and abundant vegetation that reminds of a tropical jungle can be seen. There are also other interesting places for your film shooting: "Évora", "Sintra", "Óbidos", "Coimbra" or "Guimarães".

Because Portugal isn't very big, the filming crew can move around easily. Film shooting sites are very close to each other, perfect for head of location crew. Finally, highlight that Portugal has modern infrastructures with good quality hotels, restaurants, public transport and international airports. In Camaleón Cinema we love working in Portugal, we have the best crew and technical resources to ensure the best film shooting. We offer our assistance from the pre-production process (in castings or with the head of location crew), to post-production offices.

We offer a wide range of possibilities to film shooting companies and advertising agencies, including camera rental, lighting and grip equipment hire all over Portugal. In Camaleón we solve all your concerns & needs in the pre-production process: tax benefits research, permit applications, casting services, location scouting, accommodations, transport, etc... We collaborate with the best local head casting directors in order to find the performer you are looking for. Spacious and comfortable rooms are available for the casting process in Portugal.

Our local Portugal crew includes highly experienced head of location managers with wide portfolios. Our crew will make the best out of any given location in a technical, artistic and logistic point of view. At the same time, our crew will take care of the negotiation with locations owners or legal institutions for needed permits, they will manage accessibility, parking and technical aspects in Portugal. Furthermore, we have two TV and film shooting studios in Portugal, they are fully equipped with dressing rooms, hair and make-up rooms, cloakrooms and parking. One of them has 800m2 and is located in "Loures" (close to Lisbon), the other one, with 1200m2, is in "Barroca" (close to Porto).

Finally, our local coordinators and head of location managers, supported by their local crew on different places all over Portugal, will make sure that your pre-production goes as smooth as possible with the best result on a closed budget. They will also assure the well-being of the crew by managing accommodation, transports, allowance, permits, shooting plans, etc... In the end, they will make sure everything is going as planned and that the film shooting in Portugal is successful.

Other filming Facilities we offer in Portugal

In Camaleón Cinema Portugal, we offer the best possible camera pack, light and grip equipment for your shooting. Also, our crew has more than twenty years of experience in the sector. They bring the effort and the necessary reliability to carry out a film shooting from beginning to end. Specifically in Portugal, we have the most innovative lighting material, with all you and your crew need to cover from a small, to a medium or a big film shooting: HMI, LED, fluorescence, generators, etc... Among our grip equipment in Portugal, we emphasize: the "Super Technocrane 30 with hot head", the "Super Panther", "Phoenix Crane", "Jimmy Jib Triangle" and the "Twister Dolly".

We collaborate with experienced gaffers and lighting crew in order to provide the best possible lighting for each project. Besides that, they will be more than happy to advise the head director of photography on what film-gear to use and what solutions are available if something needed is missing. They also very responsible in matters such as health and safety on set.

When the pre-production process has been complete, our crew also collaborates in the film shooting, making sure every department has everything they could need in Portugal. If there is a problem during the filming, they will solve it fast and efficiently. Any kind of unexpected event or situation that could come up, will be solved thanks to their excellent communication skills, organization methods and skill of working under pressure. Our local Runners will provide effectiveness in transport and location routes, which will facilitate the good workflow of the film shooting. They are very enthusiastic and will join the team on set, helping in any task they could be useful in. Ask us if you have any questions about your film shooting, we'll love to help.