At Camaleón Rental we can provide all kind of gear for any tipe of shooting. We have state-of-the-art digital cinema and television cameras, high speed recording with top notch equipments such as Phantom 4k and 2k. All the original licenses to shoot both anamorphic and RAW Full Format with Arri Alexa LF, Sony VENICE or R... 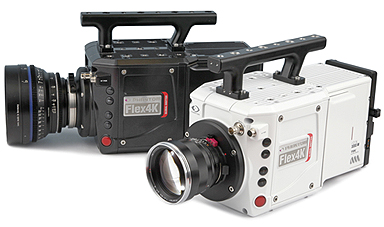 Grand choice of camera stabilizers, including Stedicam, Ronin II, Movi15 or Movi XL with specialized  operators / technicians with years of experience in both cine and commercial productions.

All the lighting equipment you need for your shooting. Arri HMI, Fresnell, Dedolight, Kinoflo, Dinos, Jennys and the lastest gear of the top brand of LED light technology featuring battery powering and color temperature fine tuning.

Available for rent DIT Station and data wrangling equipments, with several configurations so we can adapt and fit perfectly to the needs of any given shooting and budget. In addition to that we can connect you to the best DIT to offer services such as on set color grading and dailies creating, or simply advise you on the best workflow and camera configuration.

Full production services and solution for cine and tv gear rental. We work both in the whole Spain and Portugal territory, with facilities in Madrid, Seville, Málaga and Balearic Islands. We also have the best partners in Valencia, Barcelona, Bilbao and Lisbon.