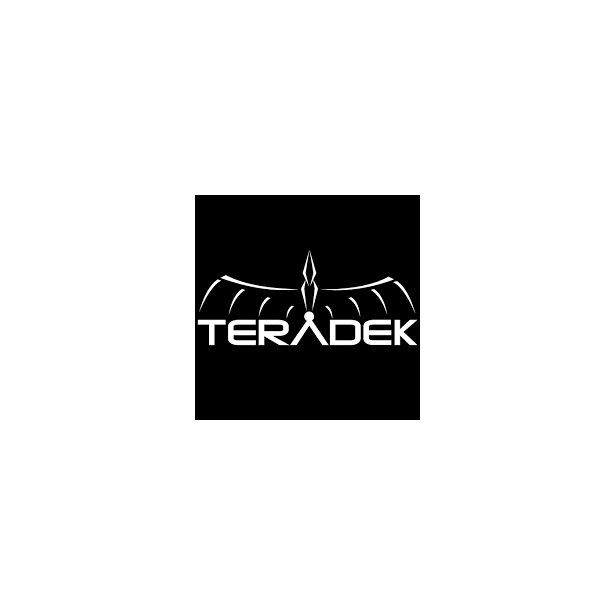 Today, more than 40,000 Teradek video transmitters and 60,000 receivers are working in the film, television and broadcast industries, owned by rental houses, Steadicam operators, Movi, DIT, drone pilots and production companies. All to meet the demands of production crews. Thanks to all these users, teradek has become the reference brand for wireless video transmission.

The 4K LT Series Wireless Video Transmitter is available in four versions 750, 1500, 5000 and 5000 feet. Teradek 4K is the third generation of video transmitters. The new line of 4K LT video transmitters allows a single transmitter to broadcast to up to 6 video receivers. All devices of the LT 4K series are linkable, so any TX / RX duo can be paired.   With the free Bolt iOS / Android video streaming app, you can wirelessly pair any of the TX - RX devices and manually designate specific 5GHz channels. In addition, individual RX LUT output configurations can be applied and environmental signal interference can be monitored with the 5GHz spectrum analyser and wireless health analysis tools. Another remarkable feature is the unbreakable encryption that is applied during signal transmission between transmitter and receiver. Wireless signal protection is guaranteed with AES-256 encryption and RSA 1024 key pairing.

In this latest line of Teradek 4K wireless video transmitters there are no sidekick transmitters, the Teradek Bolt 750 receivers are the smallest as standard and allow linking with any Teradek 4K 750 LT, 4K 1500 or 4K MAX transmitter. The new line of 4K transmitters is optimised for your camera configuration. With BB3 technology, Teradek offers a suite of fully compatible products that deliver up to 4K60p video with optional wireless camera control and a range from 250 to 1666 metres.

Rental 4K 750 LT transmits 4K and HD signal with a range of 228 metres. The receiver and transmitter have a display that allows you to navigate through the menus. This detail provides convenience as you can have a much more intuitive interaction with the transmitter settings, unlike previous generations of transmitters.

Rental 4K 1500 transmits 4K and HD signal with a range of 480 metres. The receiver and transmitter incorporate a display with which menus can be configured. The new teradek wireless broadcasting system allows up to 6 receivers to broadcast.

Rental 4K MAX . Transmitting has a greater range, up to 1500 metres with a reduced weight, faster reconnection times, easier configuration with the app for iOS or Android and unlimited number of receivers among other new features.

The Bolt series video radio links are available in 500, 1000, 3000 and 10,000 foot ranges. They transmit video wirelessly from 150 meters on the 500 meter model and 3000 meters with the Teradek 3000 and Teradek 10,000 amplifier antenna. These wireless video systems feature both HDMI and 3G-HDSDI inputs. The intelligent RF design of the wireless video transmission system ensures that your video feed is transmitted reliably in the 5 GHz band over extreme distances and in harsh environmental conditions.

Each of the models in this series is capable of transmitting to 4 receivers (or Sidekick II) at the same time, ensuring that the client, director, producer and other crew members can see the monitor signal anywhere on set. In addition to transmitting both audio and video. These Teradek wireless video systems can send ancillary data to the video stream and users can load and apply custom colour grades to their receiver outputs. Each model of this wireless video transmitter supports timecode as well as camera start/stop protocols, including Red, Arri, Canon, Sony and Panasonic cameras.